Our client, Fundación Auditorio Teatro Las Palmas de Gran Canaria, which manages the Alfredo Kraus Auditorium and the Pérez Galdós Theatre, the two most important cultural venues in Las Palmas de Gran Canaria, asked us to update the design of the websites of the venues, which we carried out in 2019. Our team took the commission and took it further, and the result is a complete redesign of the websites of both the Auditorium and the Theatre as well as the Foundation. In the redesign, the aim was to highlight the brand image of each venue and offer an improved user experience. In the first case, this was approached through a new corporate colour palette and a programme of more legible typographies at different screen sizes. In the second case, we opted to simplify the navigation elements, giving more visibility to the most commonly used calls to action, such as the purchase of tickets, and with a design that prioritises essential information, but offers a second layer of more detailed information.

The design needed to function in two different venues, in addition to the Foundation's website, so an interface was created that changes colour and typography depending on the venue where we are, but without losing coherence.

Behind this website is a complex content system that allows the different departments to create and modify content, receive content automatically from the production companies or automatically generate newsletters with the main programming of the venues, among other functions.

In this project, Néstor Feijoo was in charge of the design, Josué Noda of the HTML/CSS layout and David Couto of the programming. 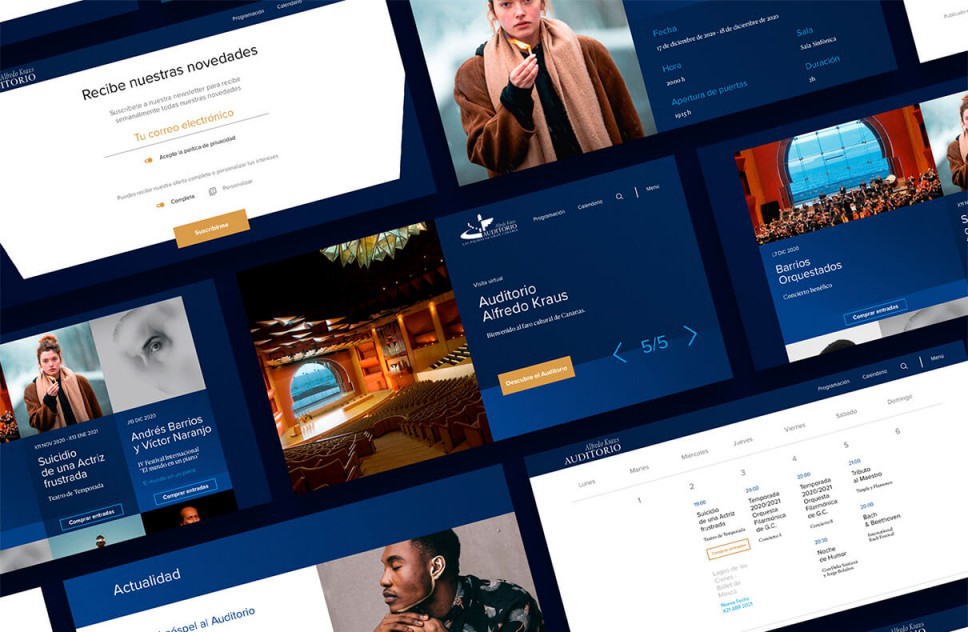 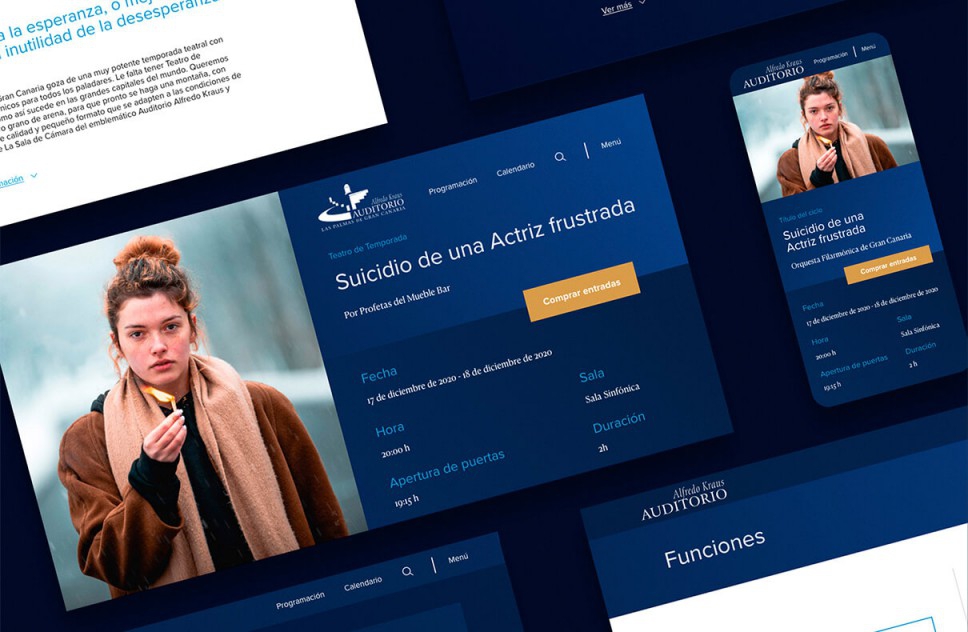 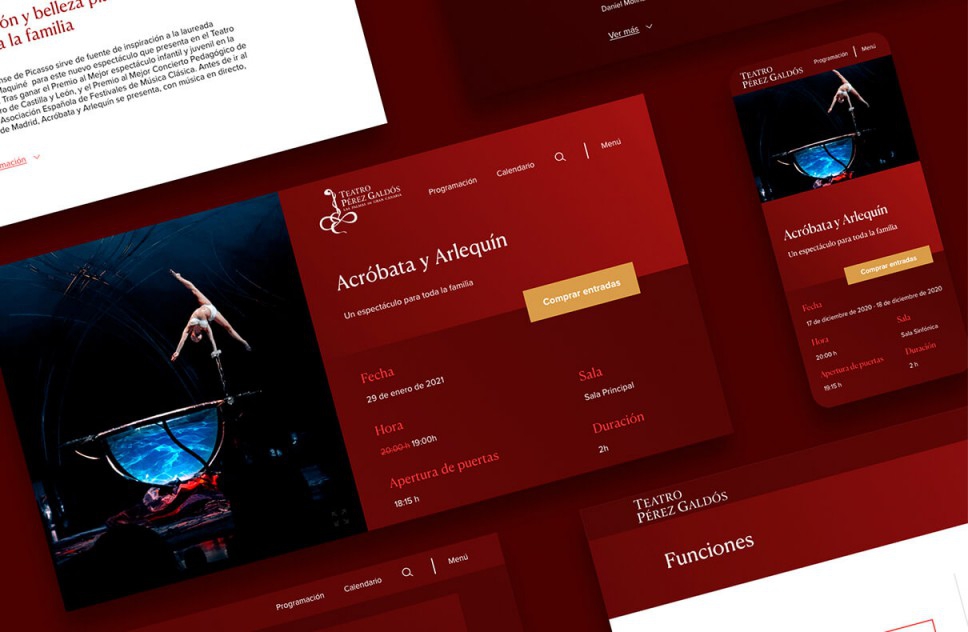 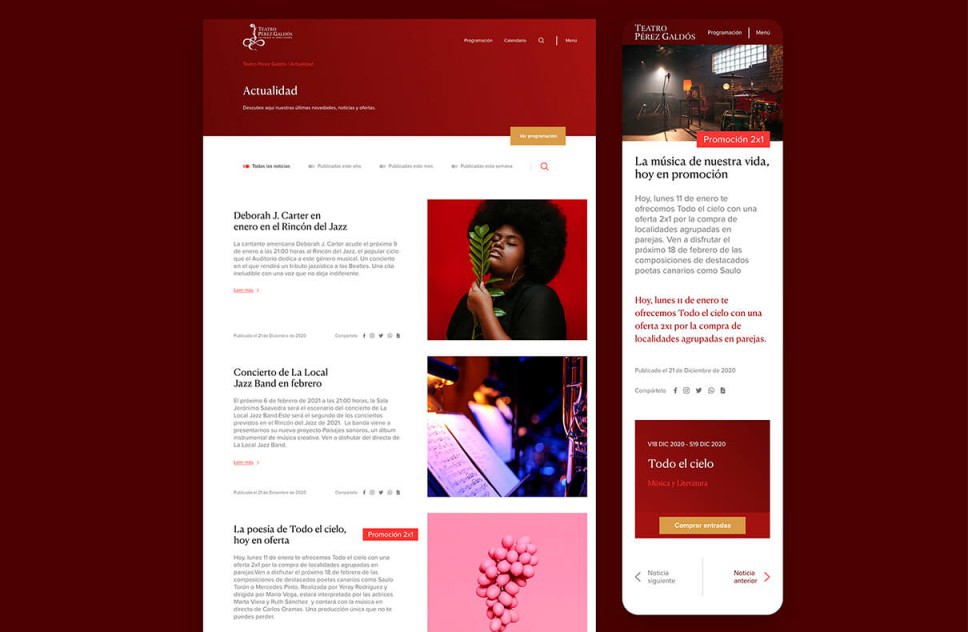 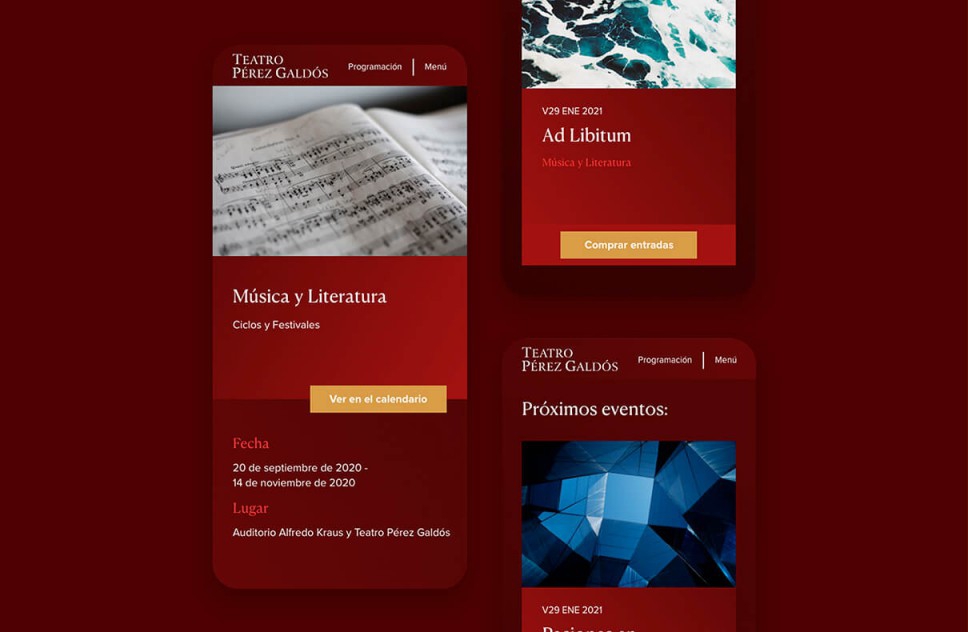 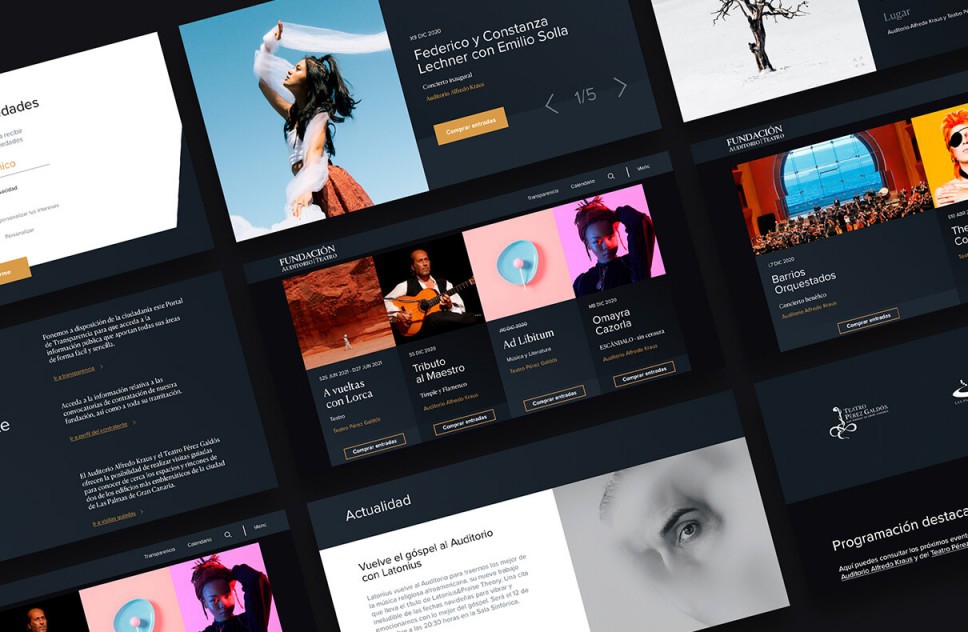